In recent times our financial institutions appear to have become the whipping boys for everyone from our politicians and regulators to the terminally aggrieved rent seekers*, and everyone in between. Sometimes it’s difficult to tell the real story from the fake news but we intend to give it a crack !

In this article we are going to focus on two specific though intertwined concepts known most commonly in financial circles as AML and KYC. That is, Anti Money Laundering and Know Your Customer. AML compliance guidelines are legislated under the Ant-Money Laundering and Counter Terrorism Financing Act 2006. Know Your Customer guidelines are set out under regulations administered via AUSTRAC, the Australian Transactions Reports and Analysis Centre. AUSTRAC is also responsible for the monitoring of compliance under AML legislation.

You can download the information detailed on this page (Banks Behaving Badly? Maybe…) as a printable PDF for future reference. Click here to access the PDF document.

Importantly, it’s not just banks that are caught up in these laws albeit they are biggest fish in the pond. Various other regulations and legislation such as Financial Transactions Reports Act 1988 capture the conduct of lawyers, motor deals and various other business activities involving trust accounts and the facilitation of payments.

While these laws and regulations are quite complex the general intent is very simple. To discourage the use of our financial system to commit crimes and to identify unlawful behaviour when it occurs. To this end banks, and finance brokers, must ensure they know who they are dealing with and take appropriate steps to confirm identification documents. They must also take reasonable steps to satisfy themselves that customers intend to use banking services and products in a lawful manner. Any suspicion to the contrary must be reported promptly.

Banks must also have in place appropriate safeguards to ensure that any suspicious activity is reported to AUSTRAC to ensure that these accounts are not used illegally moving forward. Typically, this will be cash transactions or suspicious money transfers. Indeed, all cash transactions over a designated amount must be reported to AUSTRAC within 10 days. It’s not just banks that get caught in this reporting duty. For example, casinos and other gambling services also have a reporting obligation. In mid-2018 the Commonwealth Bank, our largest bank, agreed to pay a fine of $700M in relation to anti-money laundering and terror financing breaches. This was, at the time, the biggest fine in Australian corporate history. It’s important to make a critical distinction here. The CBA was not accused of money laundering or funding terrorists. The accusation was that based on certain transaction patterns it’s products and services may have been used for such purposes. Among the breaches admitted by the CBA was the potential use of its newly introduced intelligent deposit machines by parties who may have been seeking to sidestep cash transactions reporting. Importantly, it does not appear that any actual criminal activities were discovered with the bank being penalised for late reporting and various failures to property monitor customer activity.

More recently we have seen Westpac under the spotlight in similar circumstances, albeit the possible quantum of breaches and financial penalties may well place Westpac ahead of the CBA in ways one would rather avoid. In late November 2019 AUSTRAC applied for civil penalty orders against Westpac relating to, among other things, failing to monitor money laundering and terrorism financing risks, failing to report 19.5 million international funds transfers and failing to share information regarding source of funds with other banks in the transfer chain. AUSTRAC further claims that Westpac failed to have appropriate systems in place to carry out due diligence relating to suspicious transactions which may have been linked to child exploitation. Total breaches, according to an ABC story published 20/11/19 and quoting AUSTRAC, exceed 23 million occasions with possible civil penalties at an eye watering $17M to $21M per contravention! As was the case with the CBA settlement the actual penalty is likely to be much smaller, although likely to set new record in the corporate fines department. It is very important to note here that as with the CBA, there is no smoking gun that we are aware of, just a lack of reporting compliance and a possibility of the bank’s services being used by criminals, admittedly to possible commit truly heinous crimes.
What to make of all of this? A few thoughts, some just to stir a bit of debate perhaps.
It strikes us that the civil penalties available to the regulator are over the top. Sure, if a crime is proved as an outcome of non-compliance, the skies the limit. But, having a $17M penalty available for missing a reporting date seems a tad harsh, particularly if you are shareholder of that bank.

Is it also not too convenient that these accusations have come off the back of the same regulator being accused that they have not been strong enough in their regulation of the Banks following the Royal Commission?

It also seems to us that while the banks senior management have been paying themselves massive bonuses, they have failed to invest in technology that might have saved them from this mess. As iTNews reported, “when it comes to epic fails of transaction monitoring systems, they don’t get much bigger than Westpac’s alleged abrogation of automated anti-money laundering and counter terrorism financing checks and reporting”.

Of course, all of this is for the greater good as those huge fines will surely find their way to funding an improved financial services system across Australia, I hear you say. Sorry, for the most part they will go to federal consolidated revenue and are just as likely to be funding a grant for the ground parrot preservation society by this time next year.

On a final note, a contrarian thought just to keep the mind ticking over. Banks are product and service providers. They develop, test and sell financial services that are entirely legal and highly regulated. Under our current legislation they are also then responsible for how those products are used and they must report any suspicion that a product is going to be misused. We find it interesting that a similar legislative attitude is not more widespread. We live in a country where I can take money of a venerable person via a large box with many shiny lights and buttons and a promise of riches, maybe. A country where I can legally sell you a product that does what is says on the box, just light up and it may well kill you. I can sell you a tank of premium 98 and once you are off the driveway you are no longer my concern. Use that automated projectile in a careless or criminal way and there’s no recourse to the supplier of the vehicle or propellant. Yes, all this is a bit flippant and there is no doubt that AML and KYC compliance are vitally important, it’s just that we may have got a bit carried away.

*Rent seeking is an economic concept that occurs when a person or entity seeks to gain added wealth without any reciprocal contribution to productivity.

Cameron Wicking is a career banker and holds a Batchelor Degree in Economics. He is a senior broker with Mike Phipps Finance. 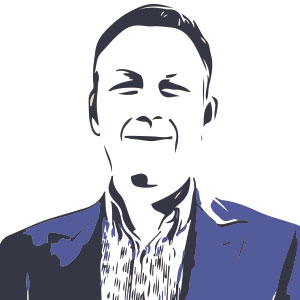 Cameron Wicking is a career banker and holds a Batchelor Degree in Economics. He is a senior broker with Mike Phipps Finance.
Prev Post
Next Post

Design by ic creative design
Back to Top